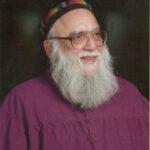 Arthur Waskow is a Professor of Jewish Spirituality and a Mentor in Jewish Social and Ecological Justice. He has been one of the creators and leaders of Jewish renewal since writing the original Freedom Seder in 1969. In 1983, he founded and has since been director of The Shalom Center — a prophetic voice in Jewish, multi-religious, and American life.  Rabbi Waskow’s books Seasons of Our Joy (on the Jewish festival cycle); Godwrestling Round 2 (on new interpretations of the Bible); Down-to-Earth Judaism: Food, Sex, Money, and the Rest of Life; and, with his wife Rabbi Phyllis Berman, A Time for Every Purpose Under Heaven (on the Jewish life-cycle) have all brought new spiritual depth and newly progressive political substance to Jewish life.

He has pioneered in developing the theology and practice of Eco-Judaism in books like Torah of the Earth, in curricula and ceremonies for various festivals and life-cycle markers, and in the daily practice of eco-kosher consumption of food, coal, oil, plastics, and other products of the Earth.

In 1996 Rabbi Waskow was named by the United Nations one of 40 “Wisdom Keepers” — religious and intellectual leaders from all over the world who met with the Habitat II conference in Istanbul. In 2001, he was presented the Abraham Joshua Heschel Award by the Jewish Peace Fellowship. In 2005, he was named one of the “Forward Fifty” by the Forward, a leading American Jewish newspaper. In 2008, he was named one of the 50 most influential American rabbis by Newsweek.

He is one co-author, along with Karen Armstrong, Sister Joan Chittister, OSB, Murshid Saadi Shakur Chisti, and Rabbi Phyllis Berman, of The Tent of Abraham: Jewish, Christian, and Muslim Stories of Hope and Peace (Beacon, 2006).

In 2002 he joined in founding Rabbis for Human Rights/North America (now T’ruah) as secretary of its board and steering committee, and was instrumental in urging it to work on human rights issues in the US (especially torture) as well as supporting RHR-Israel’s work on human rights in Israel and Palestine.

Rabbi Waskow was legislative assistant to a U.S. Congressman from 1959 to 1961, then a Fellow of the Institute for Policy Studies in Washington, DC, until 1977, and of the Public Resource Center until 1982. During those years, he wrote seven books on U.S. public policy in foreign affairs and military strategy, race relations, and energy policy, and was among the leaders of the movement to end the Vietnam War. He was elected an antiwar, anti-racist delegate from the District of Columbia to the Democratic National Convention of 1968, and was co-author of the “Call to Resist Illegitimate Authority,” supporting draft resistance to the Vietnam War.

He taught at the Reconstructionist Rabbinical College from 1982 to 1989 and has taught as a Visiting Professor in the departments of religion at Swarthmore, Vassar, Temple University, and Drew University.