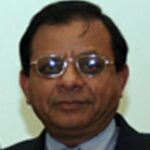 Mohammed Abdul Shaheed Khan is Professor of Information Management and Technology and Consulting Librarian. He was born in Hyderabad, India, and received the B.S., B.L.S., and M.A. (ARABIC) degrees from Osmania University and subsequently a M.S. (Library Science), from Long Island University, New York. Following several years of study at Nova Southeastern University in Florida, he received his Ph.D. in Information Systems from the Graduate Theological Foundation in 2007. He has been a practicing Librarian for more than twenty-eight years and has worked in libraries of various types – academic libraries, public libraries, special libraries, and scientific libraries. Currently, he is Chief Librarian at the US Army Chaplain Center and School Library, Fort Jackson, South Carolina. His work experience covers professional library management in India, Iraq, Saudi Arabia, Kuwait, South Korea, and the United States. He has practical experience in modern information technologies such as library networking, knowledge work, and information systems. In Saudi Arabia, he worked as Lecturer/Librarian and taught library science courses and established the Faculty of Science Library, implemented Dataflix library software for Circulation and cataloging of books, and was responsible for bibliographic instruction and collection development at the King Abdul-Aziz University, Jeddah, Saudi Arabia. In Kuwait, he provided CD-ROM training to the Scientists at the Kuwait Institute for Scientific Research. In Iraq, he reorganized the technical services department of the University of Sulaimaniyah’s Central Library. In India, he established the technical services department in the City Library. In the U.S., he established a Medical Library at the South Florida State Hospital, Florida. He computerized Sheppard Air Force Base Library at Wichita Fall, Texas, and implemented their Dynix Information System. He implemented the Endeavour Information System (Voyager) at the Allen Library, US Army, Fort Polk, Louisiana, SIRSI/Dynix at Osan Airbase, South Korea, and currently he is working with TLC library software of the Library Corporation at the US Army Chaplain Center and School Library. In this capacity, he has linked the Chaplain School Library website to the Army Knowledge Online website to increase visibility and drive usage.

Religious Affiliation
General Areas of Interests
Specialized Areas
Areas of Service
Online Course Offering
If there is an Online Course that you would like to take which is not listed, please click here to fill out our Online Course suggestion form for our faculty members.
Faculty Contact