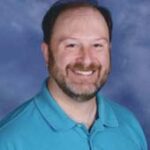 Andrew P. Spore is Visiting Professor of Pastoral Logotherapy for the Graduate Center for Pastoral Logotherapy at the GTF. He is a 1989 graduate of the University of Pittsburgh where he earned the Bachelor of Arts degree in Broadcast Communications.  He is also a graduate of Asbury Theological Seminary, earning the Master of Divinity degree in 1999.  In 2005, he earned the Doctor of Ministry degree from the Graduate Theological Foundation.  He is a member of the Viktor Frankl Institute of Logotherapy through which he holds the diplomate educator credential.  An ordained elder in the Western Pennsylvania Annual Conference of the United Methodist Church, Dr. Spore has served congregations of various sizes and demographics.  Currently, he is the senior pastor of a two-church charge southeast of Pittsburgh, Pennsylvania.  He specializes in Logotherapy and marriage.  He is the author of the manual, Discovering Meaning in Marriage: A Logotherapeutic Approach to Premarital Counseling as well as his Doctor of Ministry project, The Joy of Exile: A Formational Guide to the Revelation of St. John.

Books
Religious Affiliation
General Areas of Interest
Specialized Areas
Area of Service
Online Course Offering
If there is an Online Course that you would like to take which is not listed, please click here to fill out our Online Course suggestion form for our faculty members.
Faculty Contact