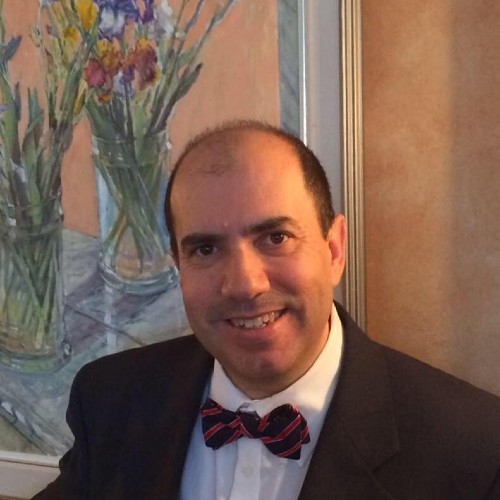 Edward Marshall is the Viktor E. Frankl Professor of Psychotherapy and Spirituality at the Graduate Theological Foundation. Dr. Marshall was born and raised in the Canary Islands, Spain. He completed his Medical Degree at the University of Navarra, Spain in 1988. During his studies in medicine he took numerous courses in philosophy and theology. He became acquainted with logotherapy through Rev. Dr. Juan Bautista Torello, a Catholic priest and psychiatrist who was a friend and colleague of Dr. Viktor Frankl in Vienna, Austria. Upon graduation, he worked as a Family Physician and Emergency Physician in Spain. In 1996, he earned his master’s degree in Emergency Medicine at the University of La Laguna, Spain. In 1997, he earned his PhD degree in Neuroscience at the University of La Laguna, Spain. His doctoral dissertation explored the temporal limits of human visual perception and it was awarded the Extraordinary Doctorate Award by the University of La Laguna, Spain in 2001. Subsequently, he moved to the United Kingdom where he completed a Postgraduate Diploma in Clinical Psychiatry at the University of Leeds and worked as a Staff Psychiatrist at St. James Hospital, in Portsmouth from 2000 to 2004.

Since 2004, he lives in Canada working in independent practice of psychotherapy. In 2010 he earned the Diplomate Clinician credential in Viktor E. Frankl’s Logotherapy and Existential Analysis through the Viktor Frankl Institute in the United States and became Lifetime and Faculty member of this institute. In 2011 he was awarded the Joseph B. Fabry Founders Award by the Viktor Frankl Institute and he co-founded the Ottawa Institute of Logotherapy, Ottawa, Canada, accredited with the International Association of Logotherapy and Existential Analysis, Viktor Frankl Institute Vienna. In 2015 he earned an Advanced Certificate in Personal and Executive Coaching through the College of Executive Coaching in California. In 2020, he became a Part-time Professor at St. Paul University, Ottawa, Canada.

He is married and is the father of five children.

SPI 517 Meaning and Healing from Trauma

PLO 514 Meaning of Love in Relationships