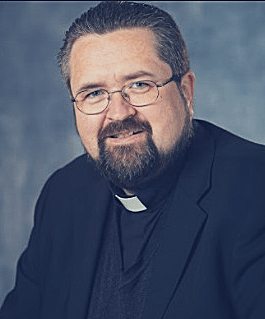 Vassilios Bebis is Georges V. Florovsky Professor of Eastern Orthodox and Ecumenical Theology. He is a priest of the Greek Orthodox Archdiocese of America (since 1995), and an Eastern Orthodox Chaplain at Harvard University (Cambridge, MA), where he earned a Higher Education Teaching Certificate in 2020 (from Harvard’s Derek Bok Center). He holds a B.A. and M.Div. from Hellenic College – Holy Cross Greek Orthodox School of Theology (Brookline, MA) and the S.T.M. from Boston University (Boston, MA). In 2011 he earned a Ph.D. in Church and Dogma History from North-West University (SA) / Greenwich of Theology (UK) and in 2020 he earned the Th.D. in Dogmatics from the University of Thessaloniki (Greece).